Gambler, a 12-year-old Selle Francais gelding, was discovered by his owner in the pasture with a blunt trauma to the right side of his forehead. There were two other horses out in the same pasture as Gambler, therefore it was concluded that the likely cause of Gambler’s head injury was a direct kick from another horse in the pasture with him.

Gambler’s local veterinarian performed an initial physical exam at the barn and took digital radiographs of his head. Gambler presented with slight epistaxis (bleeding) from his right nostril, partial swelling and hair loss just above his right eye. The pupil was constricted from the internal swelling and atropine was administered to dilate the pupil. The diagnosis was that Gambler sustained a depression fracture into the sinus, which required prompt surgical treatment to correct.

The owner trailered Gambler to Tryon Equine Hospital that same evening. Radiographs confirmed that Gambler had bone fragments present, one involving the cranioventral aspect of the zygomatic arch (lacrimal bone) and one fragment involving the frontal bone.

Gambler was prepared for surgery and anesthetized using gas anesthesia, then placed in left lateral recumbency. Surgery included the elevation of the frontal bone fragments into place and stabilize with surgical wire. Following surgery, Gambler was hoisted into the padded recovery room, where he had a very smooth and quiet recovery while he woke up from the anesthesia. 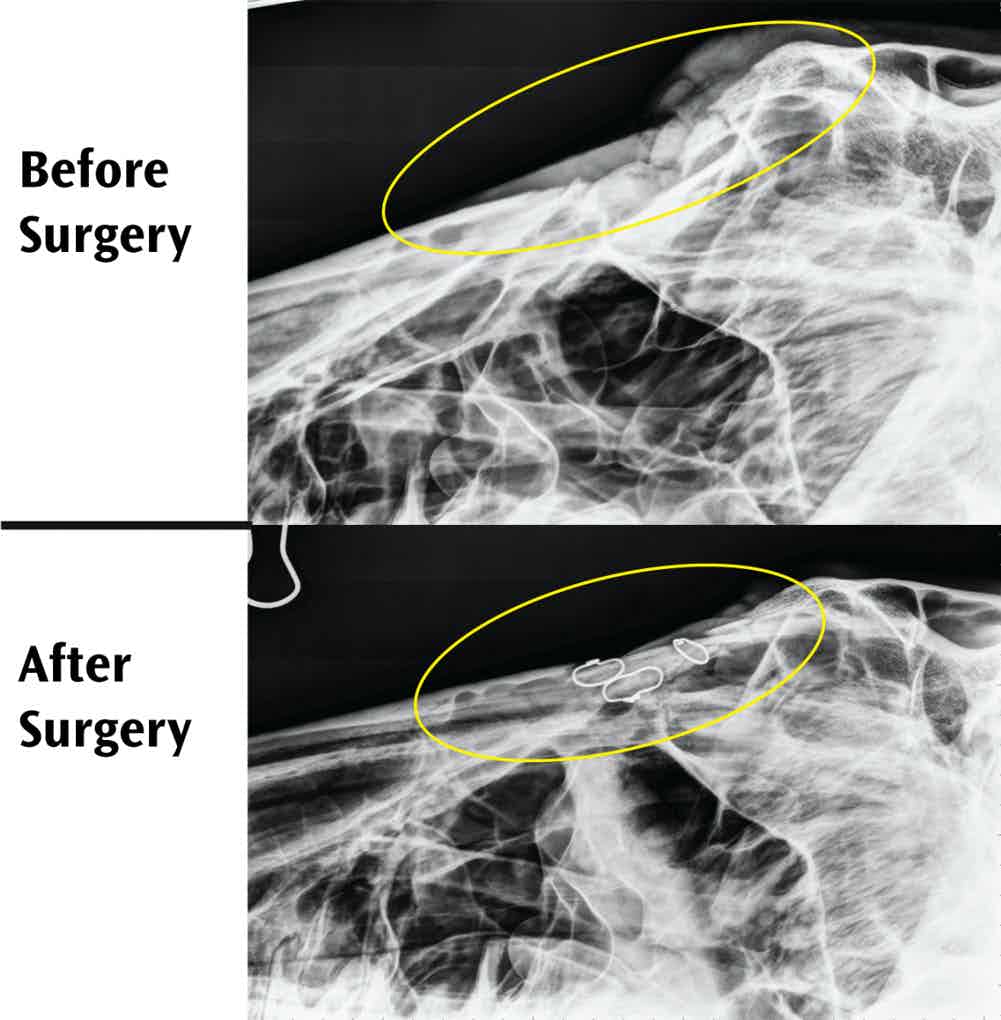 Gambler remained at the hospital for several days following surgery, where he was monitored very closely. By the fourth day, Gambler was sent home from the hospital but remained on stall rest for two weeks. His owner changed his bandage every 2-3 days and let him hand graze a couple times a day. He received Gastroguard and Firocoxib orally, and triple antibiotic ointment for his eye. 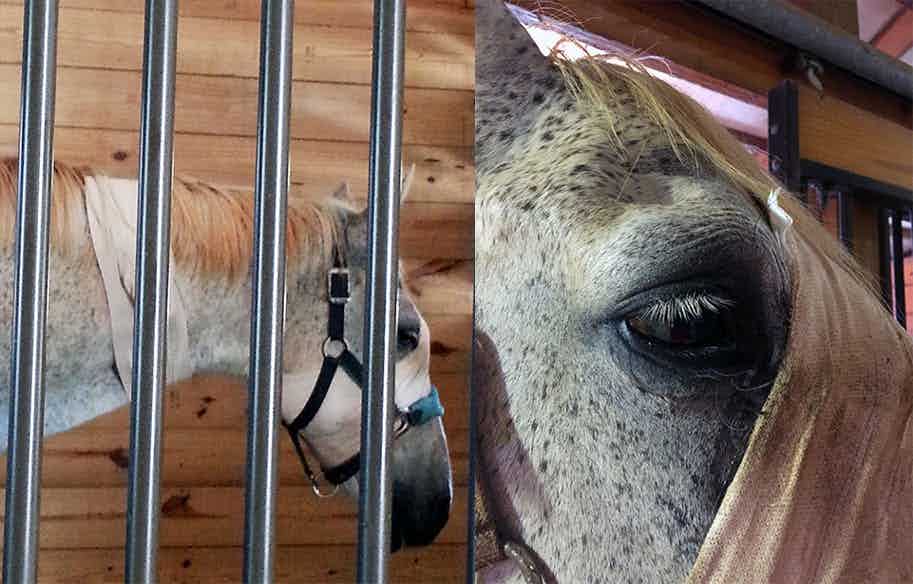 Gambler was brought back to the hospital for a follow up visit to evaluate his progress and for removal of the sutures from his surgery. An eye exam showed normal pupillary light reflex (PLR) and normal menace/dazzle. Radiographs were taken of Gambler’s sinus to confirm that the surgical repairs were intact and healing well. There was residual fluid in the sinus, so Gambler was placed on antibiotics to minimize the chance of infection. Gambler could be turned out in a small paddock and able to begin light riding. His owner was able to start walk riding for one week then gradual return to walk/trot work.

Gambler’s head continued to heal very well. No nasal discharge was present. Radiographs showed no fluid present in the sinus and good fractal healing. Gambler was able to gradually return to normal work.

Gambler has now made a complete recovery and his owner planned to show him in a couple months. 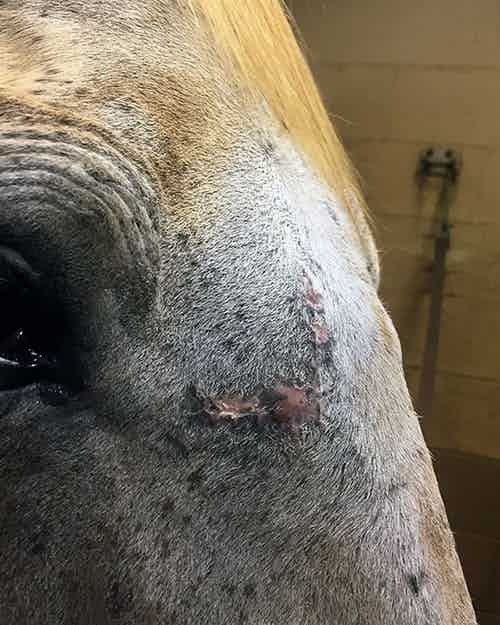